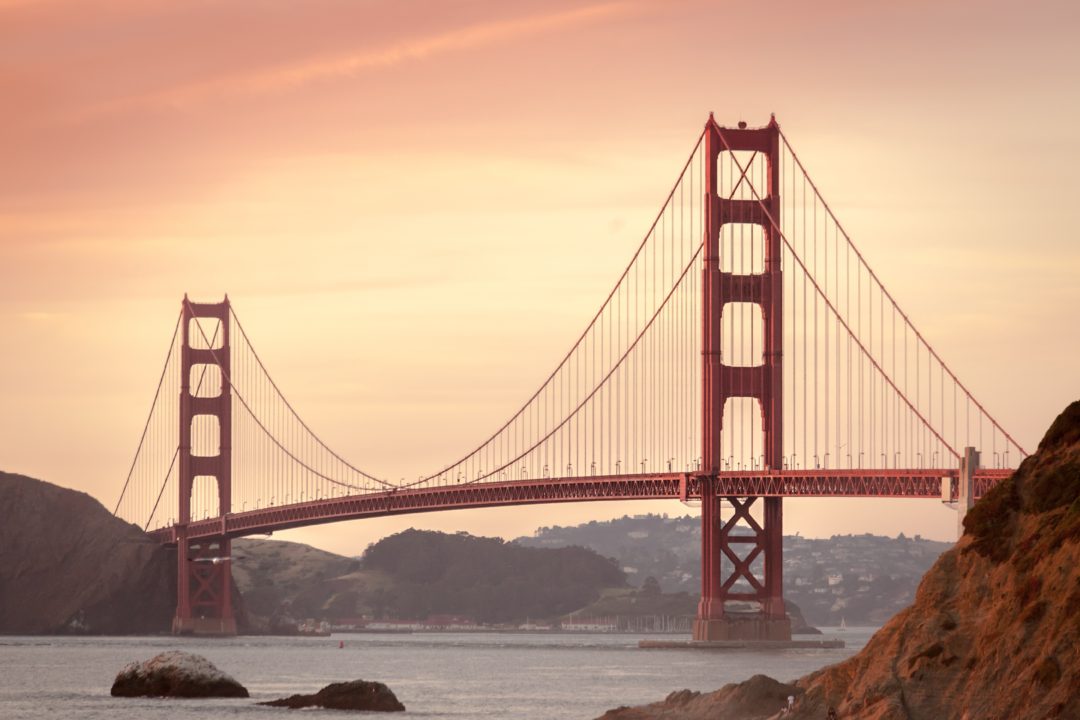 Seven Things to Do in San Francisco

San Francisco, California is a bustling, vibrant city and one often talked about on this blog. Despite its relatively small size, stretching only 7 miles end-to-end, San Francisco is rife with activities and landmarks, boasting attractions for all classes of visitors whether you’re a backpacker, traveling with the family, a foodie, outdoorsy, artistic, or something in between. What could you do on a nice day in San Francisco?

1. Pay a visit to the Golden Gate Bridge

What’s a trip to San Francisco without a stop at San Francisco’s iconic red suspension bridge? Completed in 1937, the bridge held the title of the world’s longest until 1964. One of the most photographed bridges in the world, the Golden Gate Bridge is a can’t-miss if you’re into photography; make your way to one of the many viewing points to get stunning panoramic, picturesque views of the bridge. Bonus points if you make the trip early and can see the fog draping over the famous landmark.

Now that we’ve gotten the biggest attraction out of the way, what else can we do? (Hint: there’s a lot.)

Perhaps second to the Golden Gate Bridge in terms of international fame, San Francisco’s cable cars, featured in movies and depicted on postcards, are the only ones of their kind in the country. The story behind their conception starts with English immigrant Andrew Smith Hallidie, who, in the late 1800s, witnessed a horse-drawn buggy have an accident after being unable to climb one of San Francisco’s steep hills. He used his father’s invention, a patent for a wire rope, to design a transportation system that ran on these wire ropes.

Cable cars became a popular attraction and even today remain a hit with tourists from around the world. It’s recommended to hang out of the vehicle to get the most out of the experience. One-way tickets are a bit steep, at $7 per ride, so it’s recommended to pick up a one-day pass for $21 and use that to make your way around the city.

The park that boasts the iconic redwood trees is a bit out of the way of the main city center – 16 miles north of San Fran – but worth the drive. The average age of the redwoods in the park is around 600 years old, and the tallest tree is a staggering 258 feet tall and almost 800 years old. The park is spoken about highly, with visitors reporting being awed and calling the park “beautiful and serene” as well as impressed with how well-maintained the park is.

If you drive, make sure to get there early as parking is limited; buses are also available, and they depart from Sausalito. Admission for adults is $10 and free for those under 16.

4. Stroll around the Fisherman’s Wharf

Being one of San Francisco’s more touristy spots, some visitors to the Fisherman’s Wharf may be put off by the crowds and more expensive food. But those looking to get the full experience in San Francisco can’t afford to miss one of the city’s most popular waterfront neighborhoods.

The notorious island prison is often a major point of interest for history buffs, who might know a little about Alcatraz’s colorful past.

The compound, besides being the site of the first lighthouse on the West Coast, was at one time a military prison that held criminals from the Civil War and Spanish-American War and later held some of history’s biggest outlaws, most notably Al Capone.

Admission is free, but a $35.50 ferry ride (which also includes an audio guide) is necessary to get to the island. Tours run from 8:45am to 6:40pm, and it’s recommended to make reservations ahead of time due to Alcatraz’s popularity.

Foodies will love sampling from the variety of delicious food stalls and vendors set up as small restaurants within this public food market. Selections include the usual fare, like burgers, Mexican food, seafood and lots of coffee, to more exotic offerings like empanada stands or a Japanese delicatessen. Visitors enjoy the amount, quality, and choice of food available.

7. Other sights in San Francisco

While New York’s Chinatown sees the most tourism, San Francisco’s Chinatown is a worthy contender. The area boasts souvenir shops, a fortune cookie factory, vendors selling Chinese spices and other goods, and Waverly Place, home of the Tin How Temple – the nation’s oldest Chinese temple.

While San Francisco is not known for being a beach city, Baker Beach, which overlooks the Golden Gate Bridge, is usually noted as one of California’s best. While dangerous conditions, no lifeguards, and sometimes poor water quality mean the beach is only for on-land activities like fishing, sunbathing, strolling, and games, but remains popular with locals for its charm and views. And please note that Baker Beach is a nude beach!

Finally, the Golden Gate Park is California’s equivalent of New York’s famous Central Park. Though it sees fewer visitors, the park is actually 174 acres bigger than its New York counterpart. Its attractions include the California Academy of Sciences, which features a planetarium, aquarium, and natural history museum as well as the Osher Rainforest, a 90-foot-tall dome that contains 1,600 live animals; the nation’s first Japanese Tea Garden, complete with cherry trees, a pagoda, and Zen Garden; and the Conservatory of Flowers, the Western Hemisphere’s oldest conservatory.