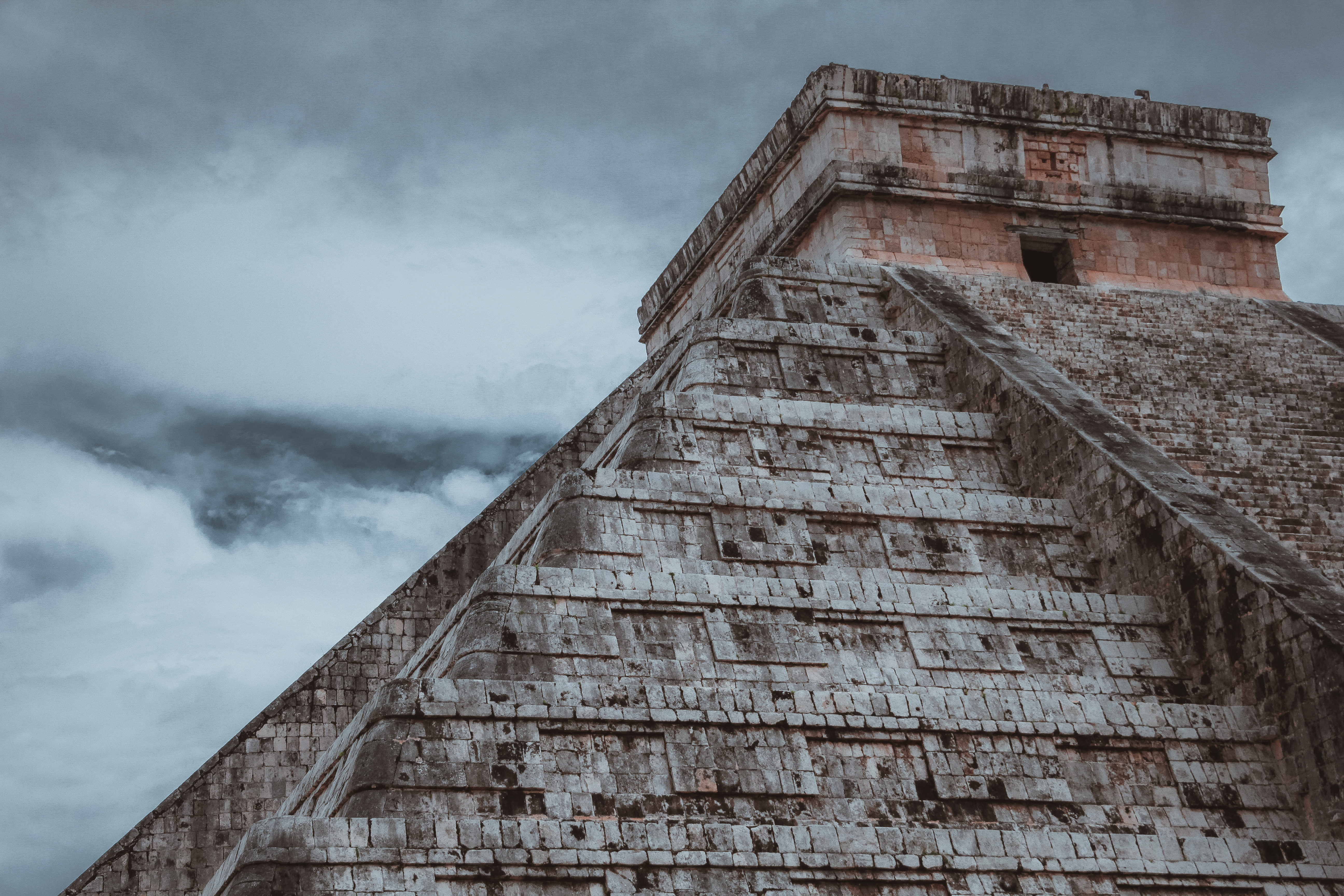 Ah Mexico It has been a week or so since crossing that rookie border through Texas, and since being here I have accomplished el arte de hacer nada (the art of doing nothing).

After waiting three days at a truck stop with no luck of finding a way out of that god forsaken state we were in (Texas) we gave up and decided our best bet was to catch an overnight bus to Mexico, to meet Forrest’s boyfriend who had left us a week before as his visa for the USA was about to run out.

Twenty-two hours and 80 dollars later we arrived in Zacatecas, a state in the North-Central Mexico.

It was around 6 am, to our surprise it was still very dark, as we would later find out the sun rises much later in Zacatecas than what we used to.

We had organized a place to couch surf at, however, Jiffy was already in a hostel and told us to come straight there so we could rest the morning we arrived, before heading to our couch surfers home.

Forrest’s bank card had recently been closed, and so she had transferred her funds to my travel money card, and we were both relying on that for our source of money.

As we walk outside the bus station and up to the taxi rank to ask if they will take US cash (we hadn’t changed any over into pesos yet), I reach into my bag to show them what currency we were talking about and my wallet, to my utter disbelief, was not there.

I drop everything on the ground and empty out my bag, I tell Forrest to wait here as I run inside the bus station and to where our bus had left us. I realized that it had obviously fallen out of my bag, as when we were on the bus I had bought a bottle of water and left my wallet resting right on top of it.

As I run through the bus station I already know there is no hope, it has been 10 minutes since we got off the bus, and the bus was continuing onto Mexico city. The bus was gone.

I run back to Forrest and we stand there a little stunned, me cursing at myself. I had just taken out $150 USD so that I could transfer them into Pesos, that along with my ID, travel money card and credit card.
You might be thinking Ah well, $150 isn’t that much! believe me, $150 would have lasted me a long time.

And so begins my time in Mexico.

For the next few days despite the beautiful city that’s filled with colonial architecture and colorful festivities, I sit in a lurch, feeling sorry for myself and questioning my motives. I couldn’t just get over it and move on, it made me feel so silly and stupid to have left something so essential and necessary behind.

I also hate relying on others for money, as I am sure we all do. Since Forrest had been counting on me for money, we are both now relying on Jiffy until our new cards get sent out to us.

I was stuck in my slump until we arrived in our new town San Miguel De Allende, where we are couch surfing with an awesome Australian who has spent the last 4 years in South America and now lives here in San Miguel. He owns a hostel in Ecuador and is operating an organic farm that is 20 minutes out from San Miguel.

What brought me out of my slump was a mixture of being in a new town (I think I loathed Zacatecas a little because it was where my misfortune had happened), finally purchasing a hula hoop, and eating delicious, out-of-this-world food.

MY GOD, the first night we got here after a bus ride that took us 7 hours, Jake, our couch surfer, took us for some street tacos I will never be the same.

As me and Forrest are vegetarians, we substituted Pina (pineapple) for meat. That topped fresh with salsa, guacamole (Mexicos version of guacamole is like no other), and lime, was bloody superb!

Since being in San Miguel we really have mastered El arte de hacer nada, we have spent our days eating, walking around the town, then having a siesta, then eating, then partaking in activities on the roof of our couch surfers home, then eating, then sleeping.

Last night we had a jam session with some of Jakes Mexican friends at his home before going out. That is probably the most social we have been since being here.

Because we are in central Mexico, there are hardly any foreigners, in Zacatecas we literally were the only foreigners. San Miguel has a LOT more, however they are rich gringos. Gringos are known here as wealthy Americans who resort to living a simpler lifestyle down in Central and South America. Most of the time they can be arrogant and disregard the culture their in to transform it into the comfort of their own culture. There can also be awesome gringos, don’t get me wrong, but you get the gist of it.

We are brushing up on our Spanish every day. So far I can say:

De que signo eres? which means; What is your star sign?

Donde podemos ir a bailar salsa? which means; Where can we go salsa dancing?

And Tengo venti-duos anos which means; I am 22 years old.

I can also ask do you have vegetarian food? and state that it is mucho gusto (good to meet you).

Slowly but surely we are getting there, it is funny how, when you are thrown into an environment that doesnt have your native tongue, you are literally forced to communicate through expression of your body and to learn another language. I hope to leave Central America with a much larger vocabulary of Spanish then when arriving. Growing up surrounded by Italians most definitely has it benefits, especially now, it has let me cheat a little in understanding and speaking Spanish.

We leave tomorrow for a farm we will be wwoofing at for 2 weeks in a town called Autlan de Navarro, it is South-West from our current location.
The farm we are working on is an organic farm that has a restaurant La Casa de Pitayan, on its 40 hectares. They are currently working on making their farm more sustainable which I am very excited to help out with. They have lots of animals including horses that they ride to help get around the farm.

We are very excited to get to the farm and get our hands dirty after lazing about this great country.

After finishing up on this farm, we have already organized 2 other farms to go to for the coming months.

Life is good, I am doing what I love, with people that I love, whilst exploring the world and opening myself up to new cultures.

Lazy afternoons on the rooftop

I have learnt what I already knew, in the past few week. We are all only human, and we can make mistakes, we need to understand and realize in these moments that it IS NOT THE END OF THE WORLD, things could be much worse, things happen. People lose their passports, bags, money, you can misjudge someone or a situation and find yourself somewhere you thought you wouldnt be. This is how we learn and how we grow. Dont be afraid that you were wrong, or that you did something silly. Life is beautiful, and making mistakes is only human.

It is now almost 7 pm, and tonight there is big festivities going on in the city, the city has been preparing for it for days.

So I am off to eat some delicious, ridiculously cheap food and drink some Mexican beer and tequila!

I leave you with a sentence from one my favorite songs that helped me this week.

Don’t be afraid to make mistakes, being human can be great.
Nahko and the Medicine People 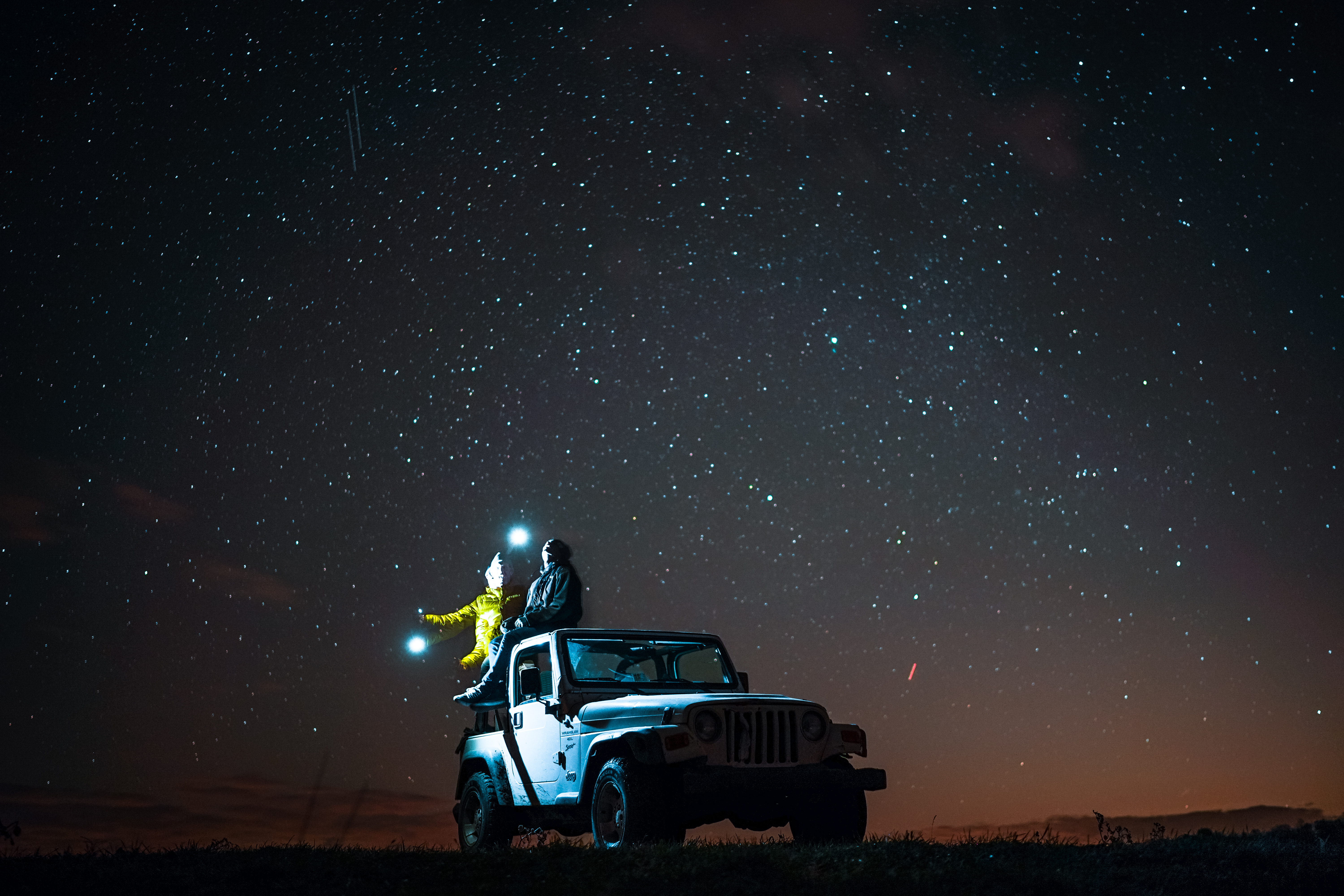 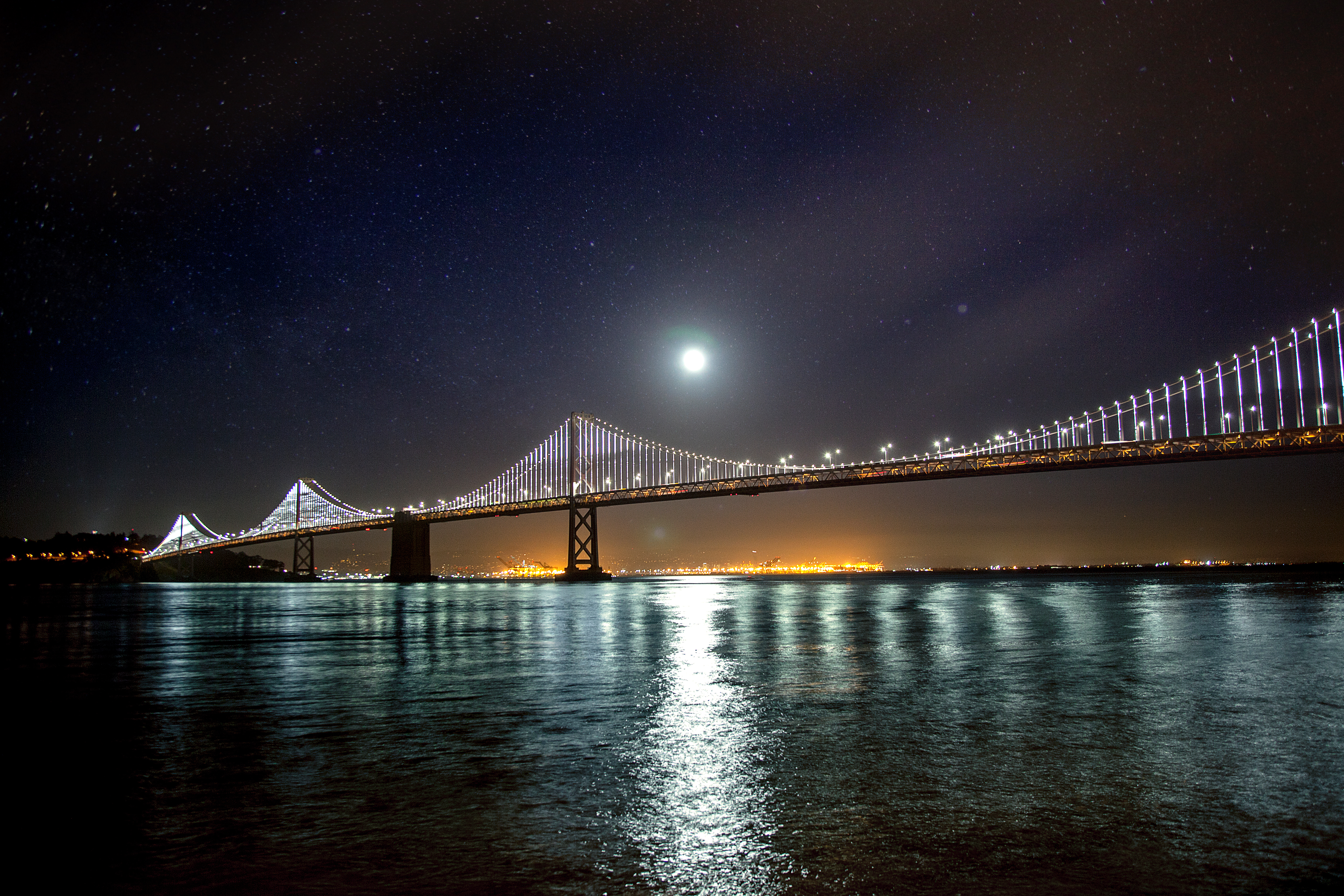 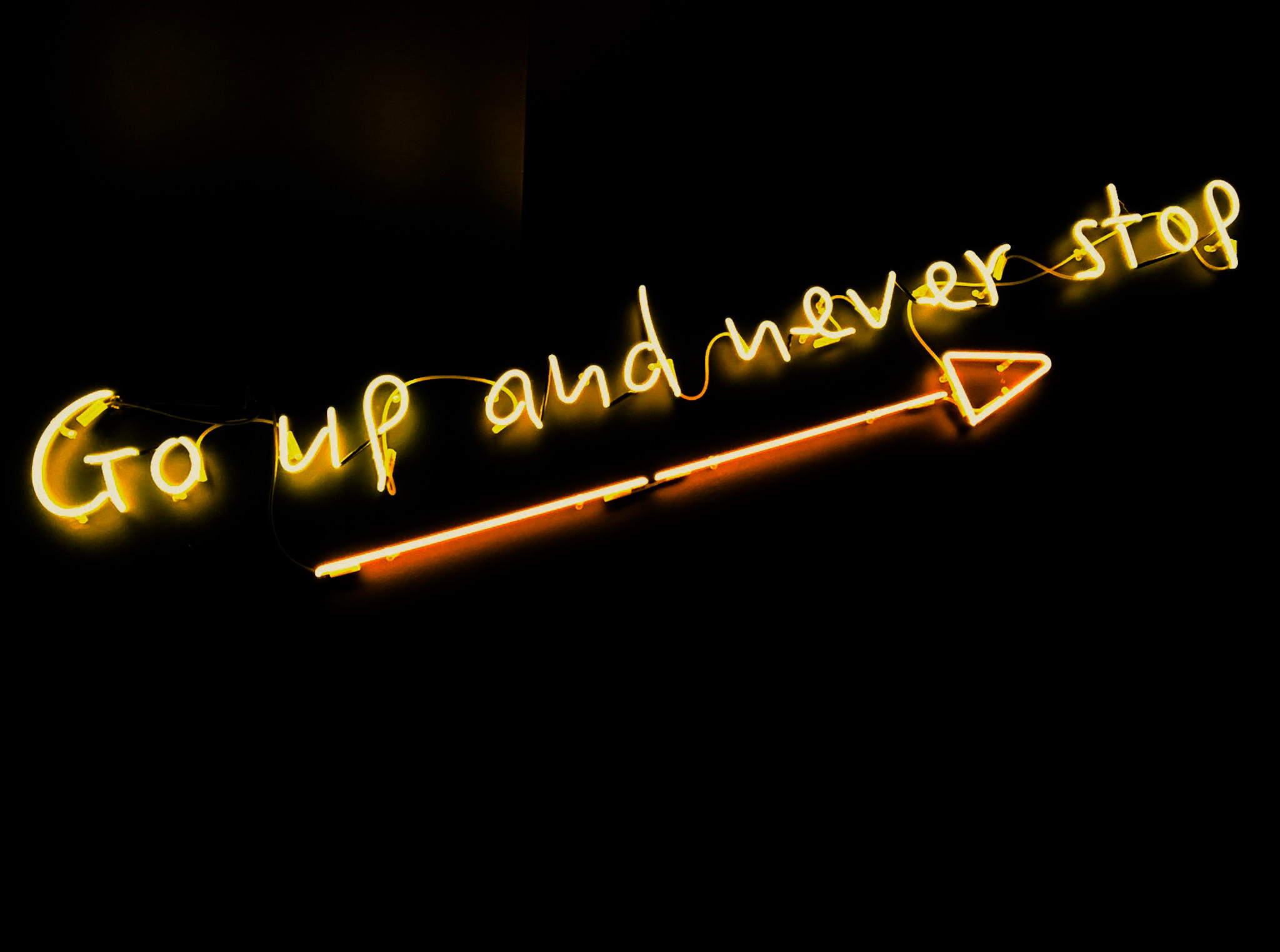