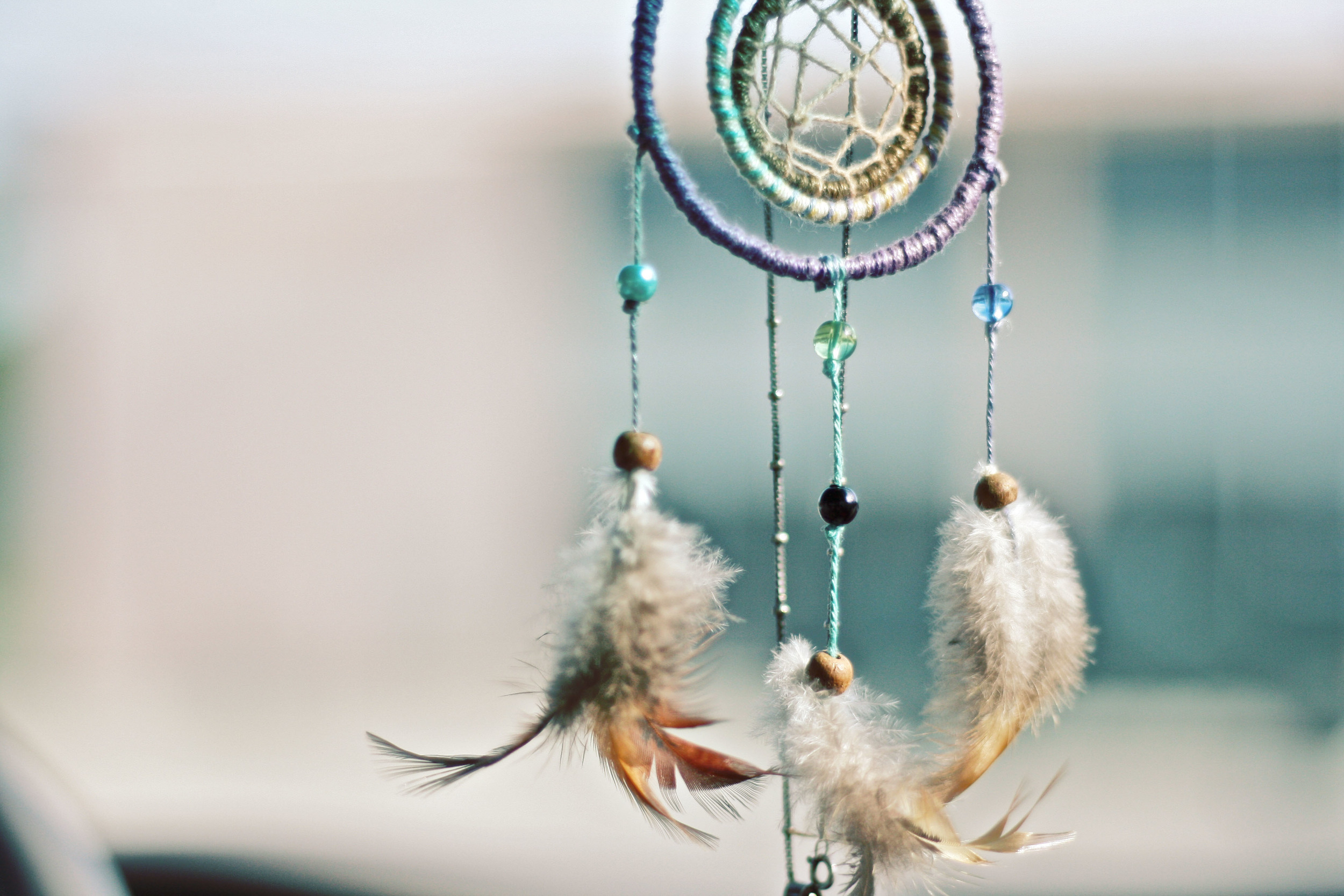 A Dream Or A Nightmare

Oh me oh my, where to begin with this story.

Well, I suppose it starts with me and Forrest reconnecting after months of being apart. Forrest is an old Australian friend who I met when we were both working in San Francisco as Au Pairs in 2011. We had semi-planned this trip together, to meet up and travel the country.

You see, me and Forrest are magical creatures (as are the rest of you), but when we are together, especially abroad, our magical powers become so intense and sporadic it is actually insane. People often ask us how we survive this world when we are together because the situations we get ourselves into are honestly so crazy.

We usually don’t even realize how silly (yet amazing) some of the things that happen to us are until we catch ourselves retelling our stories to other people and listen to what we are saying.

So here it goes, the past 3 days (yes this all happened in only THREE days!) in (almost) full description.

It starts with Taos, you know, that magical mountain town I entered by myself to experience its love and light. Forrest had contacted me Friday night informing me she was going to start hitching to Taos from San Francisco early the next morning, she told me if I didn’t hear from here by Monday at noon, to start to worry.

I received a call the following day (Sunday) from Forrest saying that she was almost in Taos, and to meet her in the town plaza at around 4pm.
I was sitting, waiting, wishing, PRAYING for Forrest to show up on time so we could explore together, she was two hours late but she made it just in time for a new couch surfer to reply to us and let us know they could host us the next couple of nights.

After our usual girly screams and hugs in the town center, we went to meet our new hosts, a lovely couple Kurt and Regina, for dinner at Taoss local pub called Eskes.

We got along with Regina and Kurt right away, we laughed and ate and when we got back to their home, 10 minutes drive out from downtown Taos, we couldn’t help but to hug them. As well as paying for our dinner and supplying us with food throughout our stay, they provided us with our own bedroom and bathroom and assured us that we were welcome to use the hot tub they have provided on top of their roof their roof that overlooks Taoss fantastic mountains.

We were so exhausted from happiness and excitement we fell right asleep and awoke to my alarm clock the next morning at 6 am to get in that hot tub and watch the sun rise up from the mountains.

Exhibit A of our magical powers to manifest ultra cool people and indescribable experiences right into our laps.

A glorious start to our first morning together.

Later that morning Kurt walks into the kitchen and asks if we would like a lift anywhere, we tell him we would love one to the valley so we can hike up the mountain. He looks at us up and down and laughs a laugh that says you’re going hiking in that?!. We were in sandals and skirts, but we assure him we will be fine.

We get dropped off at the mountain and hike up, up, up, we catch up on our past adventures on the way, filling each other in on what we have missed.
The altitude (10,000 feet) is getting to us, we can’t stop laughing which only causes us more pain because we are wasting our breath on it, but we keep climbing, smiling and singing all the while, in utter happiness.


Near the top of Taos Magic Mountain.

As we start to hike back down, it starts to pour with rain, a car pulls up alongside us and we jump in, not only has this magical man found my wallet but he gives us a lift back to the house. As we drive along Bishop (our new friend from Alberqerque) starts telling us about his career in making films, he then starts to talk about magic. Magic is me and Forrest’s main topic for all things, all days of the week, we decide Bishop is a keeper.

That night we go play pool with my friend James and Forrest’s friend Harrison. After this we go home and prepare for the morning, an early start attempting to get to Austin, Texas.

The next morning by 5:30 am we were on the road with our thumbs out. In the back of my mind, I was a little bummed that I hadn’t squeezed James that little bit tighter for a second longer when hugging him goodbye. That thought failed as a car pulled up, the man asked us where we were off to, but unfortunately, he was going the other way. The time was now 7 am. We were a little frustrated at not having moved in over an hour. Forrest turned to me and stated, Its ok, the universe obviously has sent someone else to get us.

I kid you not, the next minute a car pulls up, we run to it and I open the front door to ask where they are heading, and James is sitting in the driver’s seat smiling.

Me and Forrest jump in, in hysterics at our manifestation and luck. James drives us only 10 minutes down the road but we are grateful for movement, (and another hug).

James teaching me how to play pool.

The following 29 hours is, for the most part, a blur You see, after the 3-hour ride of smooth sailing from Taos to Alberqerque, from four different drivers, things went a little, well say, astray.

My head is still recovering from the most recent events, and my mind is a little foggy from the lack of sleep, but the series of events stated below, is in no way an over exaggeration.

We got picked up between Taos, NM, and Austin, Texas at the very least 12 times.

Our most memorable drivers included;

A 25-year-old black truck driver who told us we were the most exciting thing to happen to him in years, he let us play and sing Seal and The Temptations full blast.

Another truck driver, aged 49, who we met at the truck stop, we asked if we could jump in his truck going to Dallas and he accepted. To keep himself awake on the road he told us his strategy is to play his rap music as loud as he can. The time frame of this ride was from around 10pm till 3am in the morning. Me and Forrest made ourselves comfy on the sleeper bed provided in the back, and fell asleep to heavy rap blaring through the speakers.
Another fantastic driver we had was a man, aged 31, who picked us up on the side of the road in Dallas, telling us he would take us to the closest truck stop To our surprise, this man decided to take us off the highway to some abandoned back streets of Texas, we drove on for 20 minutes as he told us about the death of his 3-year-old baby girl, how he doesn’t sleep at night, and asking us what the difference between Australian and American women were, boobs and butt-wise. When we got to the truck stop, I was so astounded we even made it there that I jumped out as soon as I could, grabbed Forrest and ran inside. We stayed inside for 10 minutes and when we looked out to make sure he was gone, well He wasn’t. His car was still in the same parking spot.

We found a nice looking man and asked him for some help, we told him our problem and he was so angry at the man who had previously driven us that he almost went and approached him for being so horrible. He instead decided to take us to breakfast and teach us some defense mechanisms. This man’s name is Thomas, Thomas is a black belt in karate. Thomas also uses to work in social services, he was the president’s body guard for several years.

We felt much safer with Thomas.

After breakfast, Thomas treated us by driving us to the local cattle auction ranch. A place where, each week, farmers bring their cows to auction them off for money. This particular cattle ranch is owned by Texas’s most famous and renowned cattle ranch owner. His name was Ted. This was a full-blown Texas experience.

We went from being scared half to death by a terrible man to being in a room with the presidents ex-bodyguard, and one of Texas’s most famous farmers.

We were delirious and dehydrated, the whole time we were trying so hard not to laugh.

From this we went to Forrest having a melt down at a petrol station due to a police officer basically telling us we were insane, to finding a ride almost the whole way to Austin, to almost getting picked up with a car with no number plates (rookiest mistake you can make), to FINALLY AFTER 29 HOURS finding a ride the rest of the way to downtown Austin.

This is not even half of what has happened to us the past couple of days. In between all this, we busked for money for our lunch, somewhere between Alberqerque and the state line of Texas, we got given numerous good luck charms from drivers and a man tried to wed us off to his sons.
Despite all this, we made it to Austin, Texas, the friendly state.
We are waiting for Forrest’s friend Jiffy to arrive by bus later tonight, we still are not sure of where we will be sleeping but we have a tent in case of emergency.

From the good to the not so good, and back to the good again, it has only been 3 days since Forrest and I have reconnected our hungry hearts and traveling souls and so much absolute nonsense has already taken place. Who knows whats to come.


On the road again.

One thing for sure, when you put your mind and body to work to manifest what you want, you create a pool, no, an ocean of endless possibilities for your dreams to take place and come true. Sometimes keeping your thoughts positive can be a challenge but I live proof every day that surrounding yourself with positive thoughts, speaking to the universe and believing in the stars, will always, in the end, get you to where you are wanting to go.

Peace ou, for now, Im off to fall asleep in a city I thought I might never make it too. 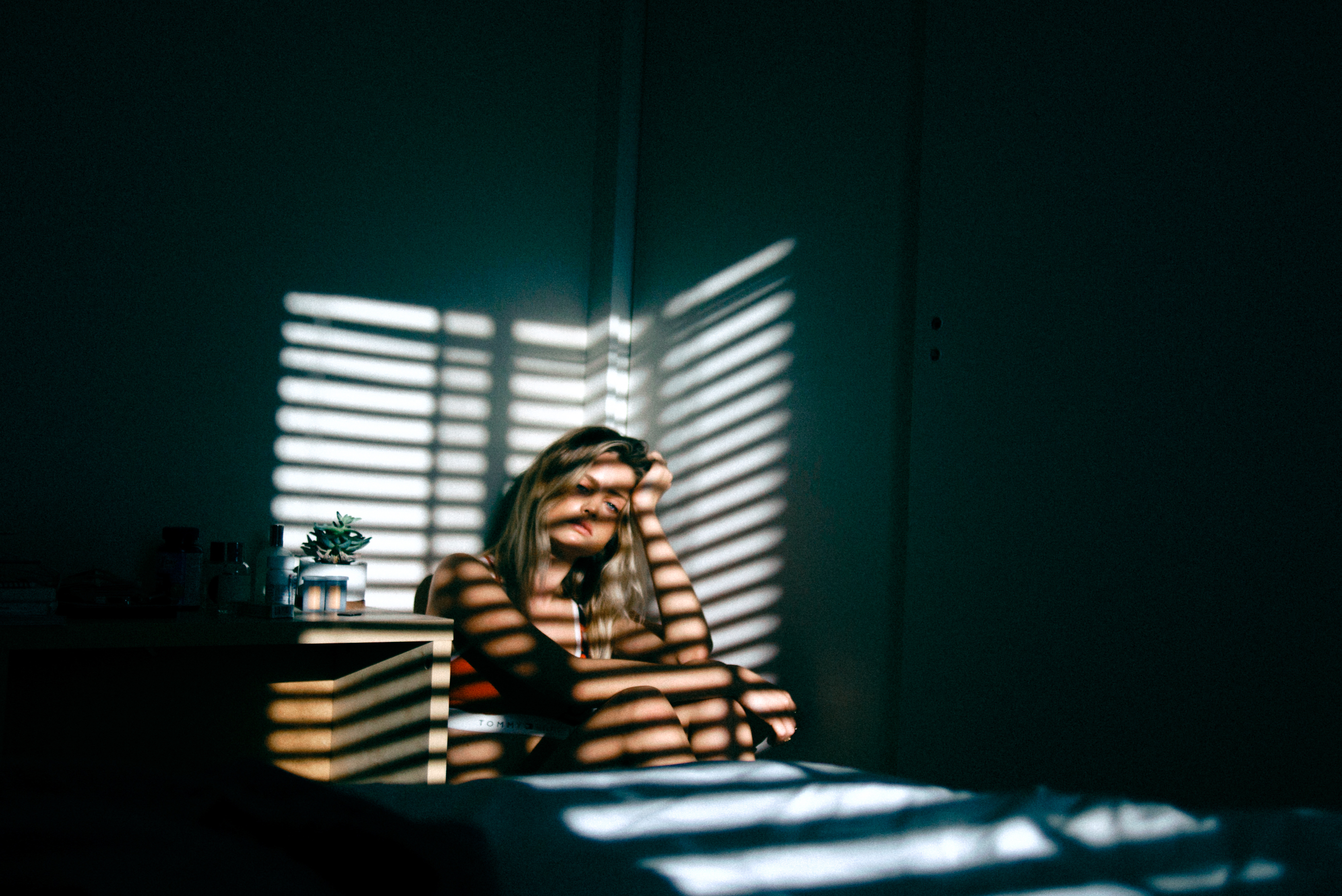 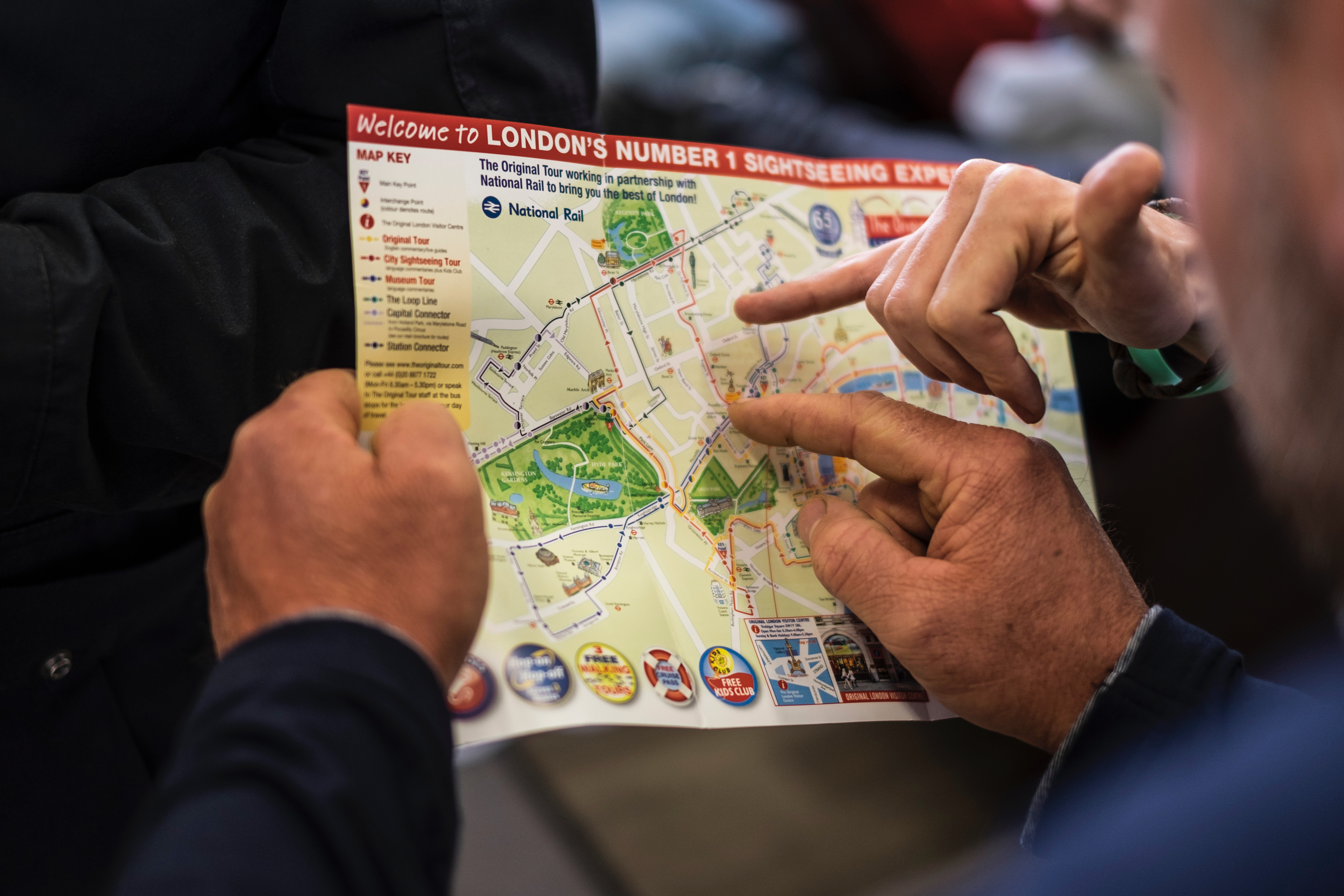 6 Penniless Ways To Keep You Occupied In London 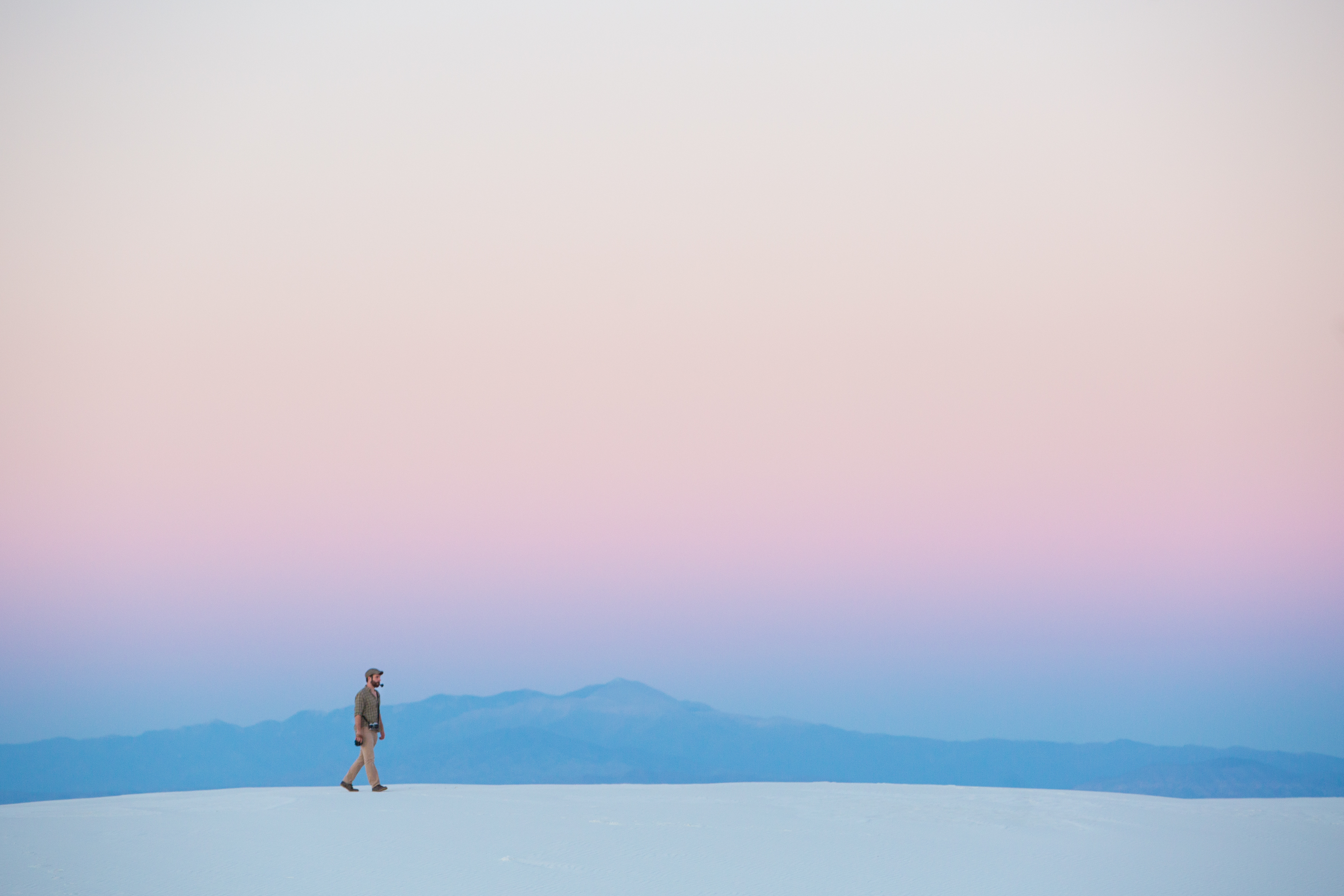